Imperfect Images and Discrepancies in Radiology

While the technology in medical imaging is constantly improving, what seems to be constant is the imperfect interpretation of images in radiology. According to a report that was released by the Institute of Medicine (IOM) in 1999, it is estimated that between 44,000 and 98,000 US citizens lose their lives each year due to preventable diagnostic errors. In a more recent study, these numbers have risen to 251,000 deaths. Furthermore, a third of the deaths stem from medical errors, which are heavily impacted by the diagnostics of practicing radiologists. (Waite, 2017)

Errors in the field of radiology image reading are not new according to the pioneer radiologist Leo Henry Garland (1903–1966). He found that even well skilled radiologists make mistakes in interpreting the images. Followed by other studies since Garland, the aim of the scientific studies has been geared towards understanding the basis of such errors and finding strategies to eliminate them. The categories of errors in radiology have been identified as perceptual and interpretive. That being said, perceptual errors are the most common. (Bruno, 2015)
nbsp;

Before discussing the reasons for these errors, it is important to consider the preparation for the profession. Educating medical doctors in the field of radiology takes many years. Even then, mistakes are being made, which leads a person to wonder if there is a flaw in the educational system. This is according to Eric Postal, MD, who is the author of the article “Why Don’t Radiology Textbooks Have Imperfect Images?”, which is published on the Diagnostic Imaging website. He found that there may be a disconnect between the radiology textbooks and the actual medical imaging practices and diagnosis.

Eric Postal, MD was a medical student who found that textbooks did not prepare medical students for what to expect when working with real X-Ray images, let alone how to prevent discrepancies in radiology reading. Postal said that it was some time in his radiology residency that he realized something. This was that there were considerable differences between what he saw in textbooks and conferences, and what he saw in cases and reading-rooms.

What he found was that the textbook images were not the same as what a medical professional would see when working in a hospital. He found that the textbook images were perfect for learning purposes, but they did not prepare students for what to expect from real X-Ray images. For instance, “ultrasound pics suffered from shadowing by bowel-gas, or patient inability to position, suspend respiration, etc.,” he noted. What he noticed was that real X-Ray images were heavily distorted for many reasons, such as thorough shadowing by the bowel-gas. Consequently, medical students are bound to go through a period of adjustment when trying to analyze X-Rays they did not get prepared to read in medical school. (Postal, 2019)
nbsp;

Errors are inevitably found in every branch of the scientific field, including radiology. Furthermore, the medical field of radiology is far from being exempt from this nature. Imperfect images that are placed before the practicing radiologists are subject to interpretations, making errors a likely outcome. Sometimes there may not be one clear answer but, instead, possibilities of answers. In such uncertainties, it is quite understandable that numerous amounts of errors do happen.[11] 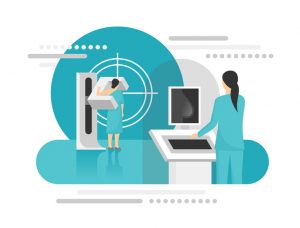 Complexity of medical diagnosis puts the radiologist in a vulnerable position against making mistakes. It is interesting to note that errors made in clinical diagnosis are positively correlated with the errors made in radiological diagnosis. Thus, it is well worth our time to take a closer look at the errors that could be made and how to prevent these discrepancies in radiology. The following are articulations of how mistakes are easily made within the radiology sector.

How to Prevent Discrepancies in Radiology

Radiology is a field that supports other medical fields for accurate diagnostics. It requires manpower, expertise, and technology working together in harmony to help other medical fields and patients. Overcoming imperfect images in radiology, finding ways to avoid errors in radiology imaging, and learning how to prevent discrepancies in radiology are an everyday battle for those medical professionals as well as for the private sector companies who take these improvements seriously.

Double Black Imaging is one of the largest medical display suppliers in the United States of America. It is committed to providing the best quality product when it comes to medical imaging technology, diagnostic display calibration software, training, QA/QC services for health imaging, and much more.